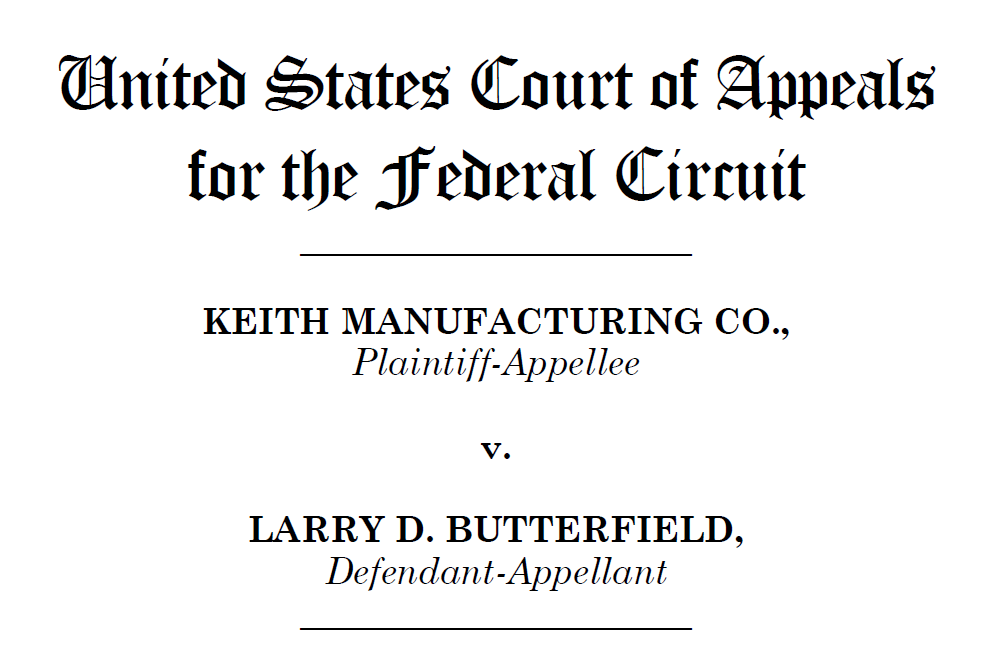 It turns out a district court can, in fact, award attorney fees, even if the case ends in a stipulated dismissal.

In Keith Manufacturing v. Butterfield, a precedential case in which KR represented the defendant Larry Butterfield throughout the litigation, the Federal Circuit Court of Appeals has overturned a lower court decision denying Butterfield’s motion for attorney’s fees.

In the underlying case, Keith Manufacturing alleged that its former employee Butterfield obtained a patent based on inventions conceived in the course of Butterfield’s employment. Keith sued Butterfield for a declaratory judgment of noninfringement and invalidity of Butterfield’s patent, correction of patent inventorship, breach of contract, and trade secret misappropriation. After Butterfield provided a covenant not to sue, the district court dismissed Keith’s declaratory judgment claims, and Keith eventually agreed to dismiss its remaining claims with prejudice. Shortly after the parties filed a stipulation of dismissal with prejudice, Butterfield filed a motion to recover his attorney’s fees.

The district court held that Butterfield would have been entitled to an attorney fee award but for the U.S. Supreme Court’s recent ruling in Microsoft v. Baker, which the district court interpreted to mean that any form of voluntary dismissal is not an appealable judgment that can give rise to an award of attorney’s fees. KR appealed the district court ruling to the Ninth Circuit Court of Appeals, which transferred the appeal to the Federal Circuit. Appearing before the Federal Circuit last August, KR partner Shawn Kolitch argued that the Supreme Court’s ruling in Microsoft v. Baker should not apply to the dismissal of a case by stipulation. 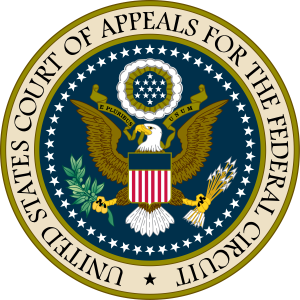 Microsoft v. Baker involved a plaintiff that was attempting to get certified as a class in order to bring a class action suit against Microsoft. When the lower court denied class certification and the Ninth Circuit rejected the plaintiff’s petition for reconsideration, the plaintiff voluntarily dismissed her own case so that she could appeal the issue. The Supreme Court ruled that this was an improper “end run” around the established class certification procedures, and held that a plaintiff cannot transform a denial of class certification into an appealable judgment by dismissing her own claims voluntarily. Kolitch argued to the Federal Circuit that the district court was mistaken to extend this ruling to Butterfield’s case.

Specifically, Kolitch argued that treating a stipulated dismissal with prejudice as a judgement for purposes of allowing an attorney fee award would not interfere with the final judgment rule, bypass any other established rule or statute, or create one-sidedness favoring either party, which were the primary factors in the Supreme Court’s Microsoft v. Baker class certification ruling. Furthermore, Kolitch argued that preventing attorney fee awards after voluntary dismissals could induce parties to continue litigating claims they would otherwise agree to dismiss sooner. In an opinion issued April 7, 2020, the Federal Circuit agreed, holding that “the district court’s reliance on Microsoft’s [ ] analysis went too far because the concerns that animated the Supreme Court’s Microsoft decision are not present here.”

The case has been remanded back to federal district court to determine the amount of fees Butterfield can recover from Keith. Under established precedent, this should include the fees and costs associated with KR’s successful appeal and also with KR’s opposition to Keith’s unsuccessful Federal Circuit motion for sanctions.

After the Federal Circuit ruling, Shawn commented, “The fact that Keith agreed to dismiss its claims with prejudice, rather than continuing to litigate until the court ruled on the merits, did not suggest to me that Butterfield was any less deserving of an attorney fee award. To the contrary, Keith’s agreement to a dismissal with prejudice appeared to acknowledge that its claims had no hope of eventual success. I was therefore quite surprised when the district court applied Microsoft v. Baker and held that we could not recover fees, and I think the Federal Circuit correctly overturned that ruling. Had the Federal Circuit affirmed the district court, we would have appealed to the Supreme Court.”

Congratulations to our client Larry Butterfield!

If your company’s intellectual property protection isn’t where you want it to be, book a time to talk to one of our IP attorneys. We’d love to learn about your business, explain your strategic options, and work with you to secure your vital IP assets.

Click the link below and get in touch. We look forward to speaking with you!

DISCLAIMER: This article is intended to give the reader an overview of the topic, and does not constitute legal advice as to any particular fact situation. Facts matter, and every situation is different. In addition, laws and their interpretations change over time and the contents of this article may not reflect these changes. You are strongly advised to consult competent legal counsel regarding your particular situation.